The Frederick Walking Tour is made possible with the generous support of:

Discover the amazing history of one of America’s great small cities in this 50-minute multimedia presentation – available as an app or in DVD format — featuring compelling narration and more than 200 archival photos. 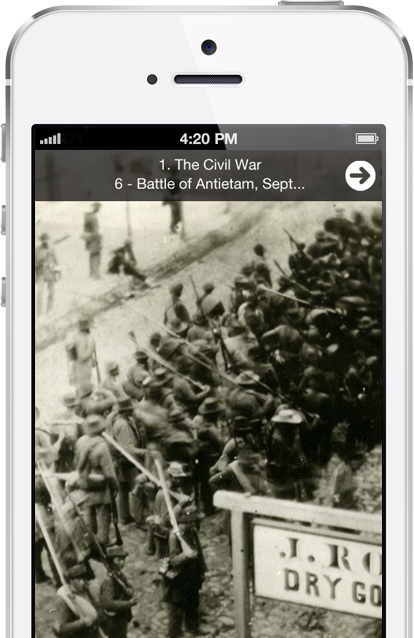 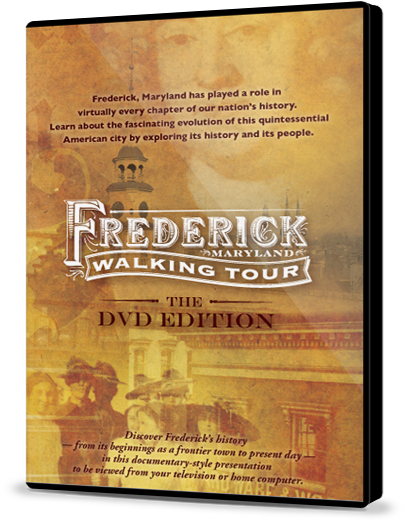 Experience the past through compelling narrative and vintage images that document the lives of Frederick’s first settlers; their uprising against the British crown; the injustice and ramifications of slavery; the hardships and heartache brought on by the Civil War; and the devastation of a 20th Century flood that served as the impetus for the historic district’s revitalization.

The Frederick Walking Tour’s unique conceptual approach presents history from both a national and a local/human perspective. 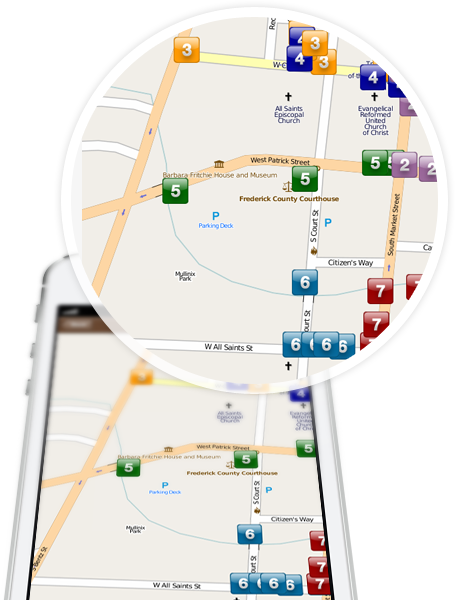 The tour is comprised of seven mini tours, each of which is dedicated to a specific theme and historical era. Each themed tour features stops that are located in close proximity to one another.

3Colonial History (1750-1790)
From revolution to independence

Immerse Yourself in History

Discover Frederick’s fascinating history though our rich, multimedia presentation. A written transcript of each tour stop narration is also provided.

You have the option of taking all the mini-tours in chronological order or limiting your tour to those Landmarks near you.

The application’s GPS feature allows you to know where you are at all times–in relation to the tour stops and your location in the city.

Easy To Use Interface

The Frederick Walking Tour includes a video demonstration on how to use the application. Touch the “About” bar to watch the video before or during your tour.

What People are Saying

I have lived in Frederick for two years but never knew these amazing facts about the town. It taught me to appreciate the architecture of the buildings and so much more. I would recommend this for visitors as well as Frederick natives!

If you want to explore America’s early history in the context of a thriving and evolving city, this is a wonderful self-guided tour. The writing is creative with a documentary-like feel and the narration is top notch!

A wireless dataplan is recommended for tablet use.

Discover Frederick’s history in this handsomely produced documentary that can be fully enjoyed at home.

A physical map, included with the DVD, allows you to track each tour stop.

Available for sale at these Frederick stores: 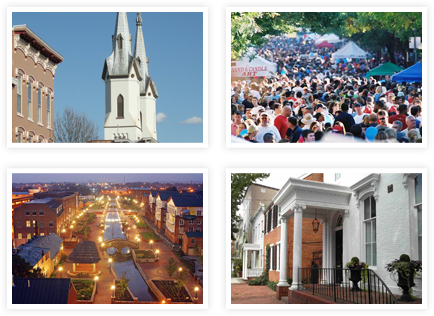 While walking sidewalks once traveled by Benjamin Franklin, Abraham Lincoln, and Robert E. Lee–you you’ll also enjoy spectacular architecture, fun specialty shopping, imaginative special events, and great dining that will have you coming back for more.

Explore Frederick now with a click of your mouse.